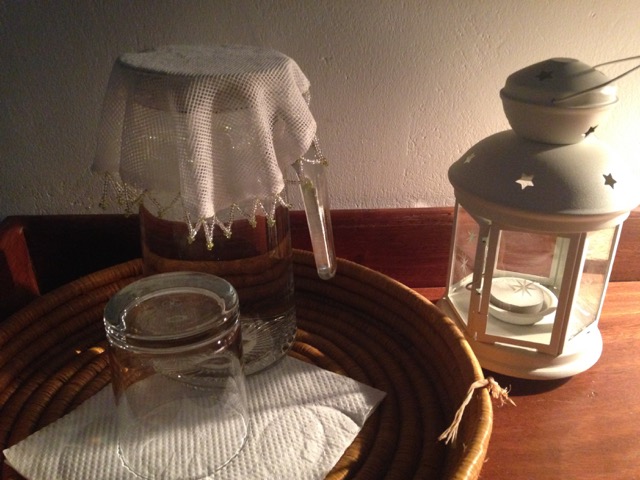 This damn malaria is persistent. After four courses of treatment in Kalemie, Dr. Lucy, aka Dr. Bananas, decides to send me to Uganda to get checked and get some rest, even though I hadn’t long returned from my R&R. “You’re looking haggard”, she said. Thanks! I think it was more that she was fixated on me staying at the “Red Chilli Hideaway” in Kampala, a favourite haunt of hers. So the relevant letters were written to the UN “Regional Service Centre Entebbe”, and I set off on the Monday flight from Kalemie direct to Entebbe. On the flight I found one of my IT colleagues also going for medical treatment. He was coughing so hard through his mouth mask, I thought we’d have to give him oxygen. I’d also been complaining of a tight chest in the mornings, even though I am no longer smoking (well apart from the odd one!) We agreed there must be something in the air in Kalemie, given that quite a few colleagues are having respiratory complaints – probably dust.

I went directly to the UN compound (Regional Service Centre Entebbe) where the nurse arranged a consultation for me next day in Kampala. I also took advantage of being in the RSCE to commandeer some admin staff to help me deal with some personnel issues, like eventually filing the obligatory expenses report for my initial appointment. Those of you who know me well know my aversion to admin and bureaucracy. So I was immensely grateful to have some assistance with the endless scanning and uploading of documents, boarding passes etc. into the evil “Umoja” self-service system, which is about as intuitive as Donald Trump.

My Austrian colleague was on her way to annual leave and highly recommended the Boma Hotel for peace and quiet and a beautiful environment. Indeed it was an excellent recommendation. It’s a boutique hotel in a 1940s-built colonial house and the staff are incredibly kind and welcoming. The rooms are arranged around the gardens and the leafy internal patio.   There are two small restaurants, both outdoors but covered, one next to the pool at the back and another more intimate one overlooking the front garden and lit with oil lanterns. The food is really good, and they have dessert and CAKE!!

Next day, in the midst of a torrential downpour (harbinger of the rainy season to come), I set off at 7.30a.m. in a taxi for Kampala, for the private Case Hospital. Rush hour in Kampala is quite something; a chaotic flow of taxi motorbikes and cars and grumpy traffic police. Somehow it works. I noted again the influence of the ubiquitous Chinese in the city, as in Rwanda, although Kampala definitely feels more gritty and urban than Kigali. We reached the hospital just in time for my 9am consultation and within minutes, I began a series of tests: blood, urine, chest x-ray. While I waited for the results, I wandered around the hospital and did a spot of people-watching in the cafeteria on the top floor, while munching on salad and trying to access my work email.

It turned out that I was no longer testing positive for malaria, but they could see my system had been busy trying to fight it. Also, malaria can go into hiding for long periods and pop up again, so you need to be careful. The chest x-ray showed up signs of some kind of allergic reaction. This was disconcerting but at least provided a reason for the tight chest. I will follow up when back on leave in London. In the meantime, they gave me anti-histamine and an inhaler. That’s probably enough medical details for folk. I’ll spare you the rest!

I spent that night at the Red Chilli Hideaway in Kampala, much to Dr. Lucy’s satisfaction. It’s a large and sprawling hostel-type place, but with en-suite rooms too, at the very economical price of $40. It was clean and the shower was great. I also enjoyed having cocoa and banana cake in the afternoon. However, it didn’t quite do it for me in terms of atmosphere. Call me a snob, but I can do without witnessing tantrums from north Americans when their eggs don’t come sunny side-up! The Brits are just as bad insisting their toast is hot. Of course I never complain.

So Wednesday morning after another session at Case Hospital, I headed back to Entebbe and the haven of the Boma, where I slept for two days almost solid and ate a lot of cake in between – and some healthy stuff too. Friday came around far too quickly and reluctantly I headed to the airport to take the UN flight back to Kalemie. Upon arrival at check-in, I was informed that the Kalemie flight had been cancelled (the South African crew based in Lubumbashi party hard I’m convinced, given that this is the third time in three months they have been “sick”). I decided to take up the offer of flying to Goma. I like any opportunity to pass by HQ for Civil Affairs, even though I’m usually grovelling for forgiveness for late submissions or not knowing what’s going on (to be fair, it has to be said that there has been a not inconsiderable amount of being kept in the dark by my “butterfly” Congolese tandem, but enough said about that. (As I said, I never complain…!) And it’s always a delight to stay with the lovely Marion (French Civil Affairs colleague in the Goma field office).

The cancelled flight was rescheduled for Saturday morning and so in I came again to Kalemie for the next stretch of three weeks before heading off for my three weeks of leave followed by one week’s training.   In fact as I write this (backdated), I am sitting once again in the Boma in Entebbe, waiting to be driven to the airport for my flight back to London – via Dubai!  Holidays here I come 🙂 Looking forward to seeing family and friends.

This is a text widget, which allows you to add text or HTML to your sidebar. You can use them to display text, links, images, HTML, or a combination of these. Edit them in the Widget section of the Customizer.